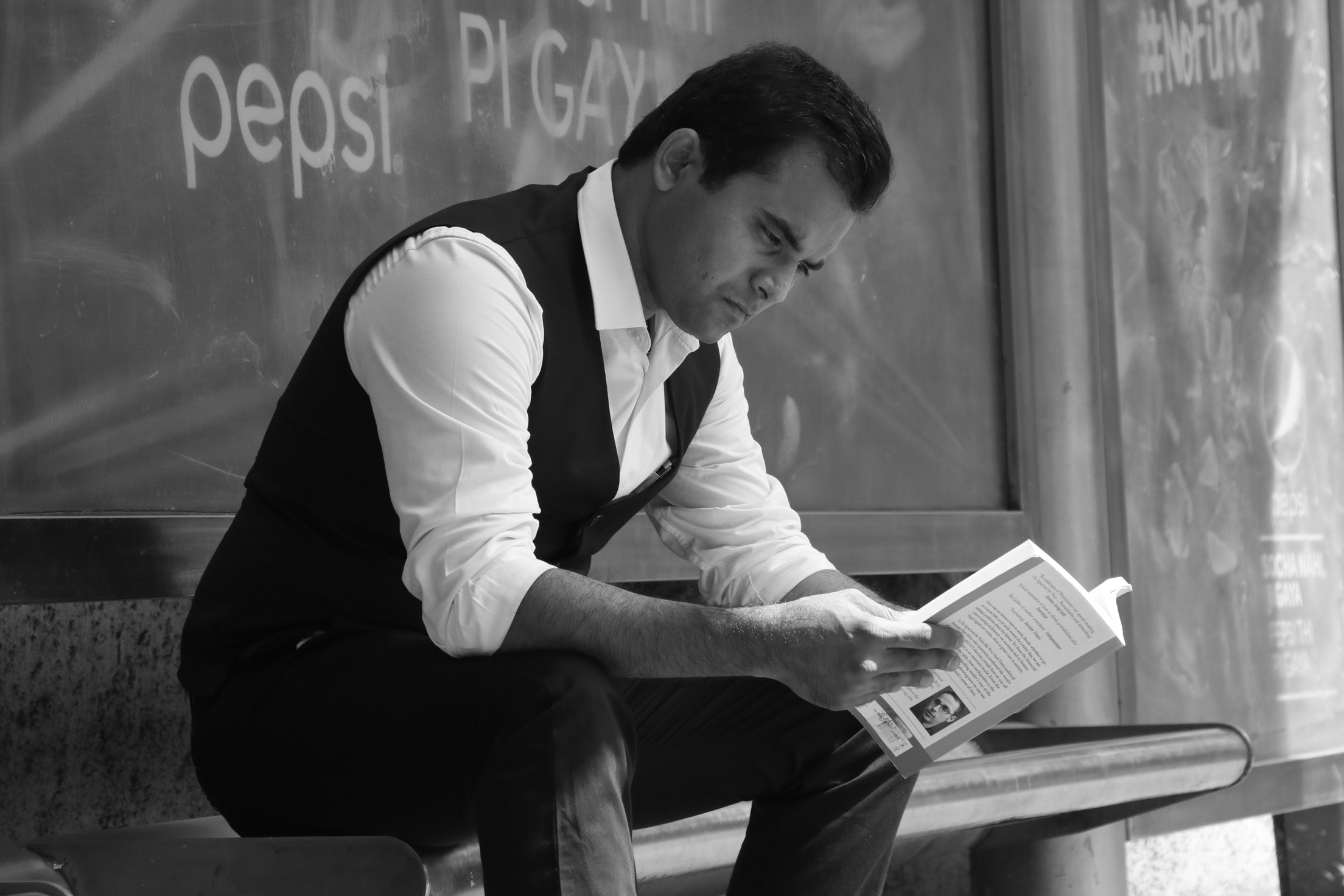 What is an NFT?

NFTs or Non-fungible tokens have taken the entire world by storm in 2021 and proved that an unimaginable, unthinkable revolution can take off mainstream at an exponential speed in a digitally connected world. However, NFTs are not a spin-off from the blockchain technology but rather an extension in Web3, of a concept that has long existed since centuries - that of proof of ownership. It could be that of a rare piece of art, collectible, statue, or even a document.

Let us understand what is fungible and what is non-fungible. In layman terms, non-fungible are rare and unique items that can’t be exchanged with similar items. Whereas fungible stuff can be traded with similar fungible stuff. In the Blockchain world, fungible tokens are cryptocurrencies like Bitcoin, Ethereum, etc whereas non-fungible tokens are assets such as art-form or crypto assets that are stored on a particular blockchain with unique metadata that distinguish them from each other. Sounds a bit technical?

Let's oversimplify this. Imagine a scenario when you have a bank account that holds your money and a locker in the bank that holds your important documents or even some precious items, rare art, etc. that belong only to you. In the case of museums that locker is the storage space itself, well guarded by security and watched continuously for theft/forgery attempts, etc. In the Web3 world, this money is synonymous with cryptocurrency, your bank account is like a wallet, and precious items, arts, etc. are like NFTs or your Digital assets. The lockers are also synonymous with a wallet where you store your NFTs. However, most of the wallets in the Web3 world can hold both your money i.e. cryptocurrency, and your assets i.e. NFTs. In this case, it's the wallet itself that acts like a bank account as well as a locker/storage space. Hope it makes sense, else we will deep dive into this topic below and in future articles. However, before we go further into NFTs, let's understand a bit of “NFTs historical connection with Art i.e. Provenance” a bit.

Tracing the history from Provenance to the start of NFT era

To understand the connection, one must be aware of a term called “The Provenance”. Provenance is a document that brings authentication to a piece of art, historical object, and even a work of scientific and industrial domain. This concept is very close to what copyright, trademark, or a patent would be but generically applies to creative art, collectibles, and rare exquisite stuff.

The concept has been practiced ritually by all the major museums and collectors in the world centuries for now. The term dates backs to the 1780s and has been largely used for establishing a “chain of custody” for a particular painting or art form. This “chain of custody” is really important as not only does it authenticate moral and legal ownership of the art, but also increases the value of the same. A well-recorded provenance will capture the essential information such as date of creation, artist name, subject of painting, description or thoughts about the painting, the list of owners of the painting along with the year of purchase, etc. A well-recorded provenance can itself define the history of a painting and become part of the narrative as well. For example, check out the Wikipedia article here about the provenance of the Arnolfini portrait.

As time passed, with the industrial revolution and the era of knowledge appearing in the 20th century, this record-keeping became more efficient. The libraries, museums, private collectors started documenting provenance records in the form of independent secure ledgers that were preserved for any future disputes or establishing the chain of custody. Many auction records are an important resource for finding the provenance of the historical art and getting the “chain of custody” records of owners.

However, a very ground-breaking invention in the 20th century bought a frame shift in the entire art & collectible domain. And that invention was that of Photography. Now, one can click a picture of a 15th-century painting and reproduce it via film negatives. Photography took to mainstream very fast in the early 20th century and has seen a lot of changes from Black & White only to Fully Colored to a completely digital form by the start of the 21st century. Establishing the authenticity and “chain of custody” to pictures was rarely required and limited only to professionals and not the mainstream consumers of art and photography. However, there remained value of rare art and collectible and a significant fraction of society had the appreciation of fine art along with its provenance.

In fact, there are websites like Artwork Archive (https://www.artworkarchive.com/), that provides an unconventional way of capturing provenance using its software tool, that appears something like below :

Not only that, many renowned artists like Andy Warhol would always sign his painting in a unique way that could help distinguish his original works from counter fake. Read here.

However, blockchain presented a very unique opportunity to capture provenance as a “Smart Contract” on the chain itself. It was possible to create digital art and store it on a blockchain server along with authentication of its metadata. Such a contract would list down the details of the transfer, timestamps, price, ownership status (chain of custody).

The first NFT was created in 2014 by Kevin McCoy known as “Quantum”. It was (or is) a pixelated octagon filled with multiple shapes inside such as circles, arcs etc., and looked like below (source - click here) :

Today one of these Quantum NFTs goes for even as high as 7 Million Dollars in resale value. However, the real category was created by phenomenon NFT Collections such as Cryptopunks, CryptoKitties, Bored Ape, Rare Pepe, Beeple’s, etc.

However, there are many debates about which was the first NFT or Art whether it was Quantum NFT or something else. Especially, many argue that colored coins were the first NFT to be launched in 2012-13.

Colored Coins were a concept introduced on Bitcoin blockchain and had use-cases such as properties, coupons, digital art, collectibles, documents, etc. Colored Coin was an important attribution for Bitcoin. It was captured in documents titled Bitcoin 2.X and Colored Coin BitcoinX where it's spoken about how colored coins are part of a genesis transaction. (FYI Vitalik Buterin, founder of Ethereum was a co-author of Colored Coin BitcoinX paper).

In 2014, Counterparty emerged, an open-source platform that was built on a bitcoin blockchain server with its native currency XEP. In Counterparty, assets could be created such as trading coins, games, etc. There was an option of “proof of burn” for the native currency XEP. Spells of Genesis was a game that emerged on the Counterparty platform and had its native currency called BitCrystals. Players could use assets inside the game that could be stored on a blockchain. This was the first game to implement this in-game asset ownership authenticated by Counterparty. Another game, Force of Will or FOW, emerged out on Counterparty, and was a popular trading card game only behind the likes of Pokemon et al. Add to that, these guys had no experience in Blockchain technology beforehand.

And then in 2016, blockchain space saw its first meme revolution via Rare Pepes. Pepes are a frog character with a humanoid body, especially the head. Pepe, the frog was already trending for a decade on the network such as MySpace, Tumbler, etc. Check out https://rarepepes.com/ and the popular meme exchange site such as http://rarepepedirectory.com/

In 2017, Rare Pepe went mainstream on Ethereum blockchain via PEPERIUM, a new meme marketplace. Rare Pepe Directory, although had a showcase of Counterparty-based Rare pepes. However, it was not completely decentralized as the website itself was coded on WordPress. PEPERIUM concept was to launch a marketplace on IPFS (https://ipfs.io/ ), an interplanetary file system for sharing and storing data in a distributed file system. This would complete the decentralization of Rare Pepes and make it a true blockchain-based asset marketplace for Rare Pepes. Peperium also had a native currency, known as the RARE token.

Don’t worry if the above image was too technical for you to understand. However, just picture a currency that can be used for trading card creation, sales, gaming, etc., and available on an Ethereum based blockchain. (We will deep dive into different blockchains for NFTS later).

Subsequently, two technologists Matt and John created an NFT project, called Cryptopunks. However, a unique thing they did was they generated these characters on Ethereum Blockchain and two characters would be the same. Also, they released the Cryptopunks entirely for free which caused a stir in the entire blockchain community.

By early 2018, NFTs had gone mainstream with the entry of NFT marketplaces such as OpenSea, Mintable, etc. And thus began, the era of NFTs.

Now, you might have stumbled upon this term- ERC for anything related to blockchains and NFTs (see picture above for ERC20-compliant tokens for Rare Pepes). ERCs are a set of standards used to create smart contracts on an Ethereum Blockchain including NFTs. Apart from ERCs, there are other standards used to create NFTs such as Flow, Tezos, etc. Let's discuss these standards below :

Quick Tutorial : How to buy an NFT and where to keep it?

Now , lets talk about how can you buy an NFT and what are the sources to explore stuff like Crypto-kitties, Punks, NBA Topshots, etc. The best place to explore NFTs are NFT marketplaces.

The couple of marketplaces to go are :

At the time of writing this article, OpenSea has hit a record of 5Bn $ in monthly sales (Refer → https://decrypt.co/91748/opensea-record-5b-ethereum-nft-market-swells). It is by doubt the largest marketplace to buy & sell NFTs. In Open-chain, NFTs are created on Ethereum, Polygon and Klaytn blockchains (as of writing this article). Check out the famous Bored ape NFT on OpenSea below:

Rarible, is a multichain NFT marketplace with Ethereum, Flow and Tezos blockchain. Rarible has its own platform currency $RARI. Rarible used to award $RARI token to the users who buy and sell on the platform. However as of Jan 2022, the distribution of $RARI token for trading NFTs on platform was ceased as voted by their DAO community . Check here. One can find a huge collection of art, collectibles, collections, music, domains, DeFi, and Games on Raribles. Check out the Adidas Original collection on Rarible as below :

“Instagram meets Christies” is the slogan of SuperRare. It is a social community where you can follow influencers and buy NFTs using Ether , the native currency of Ethereum. Their collection is a bit premium as they started with handpicking only a select artists for their NFTs. An example of the NFT on SuperRare is below :

There are many other marketplaces , however in this article, we will go to OpenSea Marketplace.

Metamask, check metamask.io, is a crypto wallet to blockchain applications. It’s like a google-sign in equivalent of Web2 world. The steps to create a metamask wallet and connect it to OpenSea are as below :

This is pretty straight forward. However, one can learn some tips and tricks from here.

So, thats all about NFT’s in this article. I hope you are able to understand what NFT’s are , where to buy them and what’s the basic technology behind them. In subsequent articles, we will be exploring in depth about NFTs in metaverse.

At HackerVerse (http://hackerverse.io/), we are extremely passionate about creating opportunities for creators and engineers, starting from a virtual work environment, career progression to collaborative development opportunities. We are building a MetaVerse (a separate article on this soon), where every creator and engineer can explore multiple avenues, work in their virtual offices, create and build products via a decentralised Web3 platform super-powered by access pass NFTs.