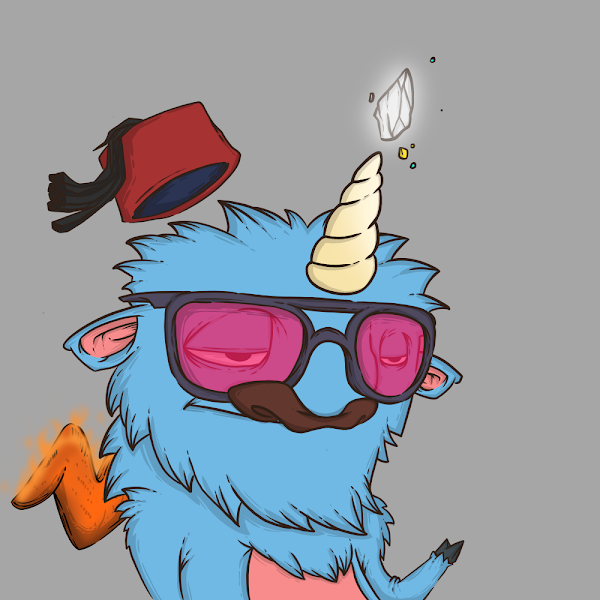 In this article we will cover the new Chat feature by Push Protocol. I will also post a how-to below on how to create a new ENS subdomain and use that for chat (eg chat.grasponcrypto.com), if you’re here for that skip to it.

If you wish for a bit of history, a bit of understanding, and little additional reading, then continue on directly!

You may recall an article I wrote nearly a year ago - most likely you dont, or never read it…well don’t fret, you can simply go read it now, or not, doesnt matter - about a team called EPNS (Ethereum Push Notification Services). Well they’ve made some progress and have grown up. They now identifiy as Push Protocol, leaving “Notification Services” as a term for the past. Why? Well Lets dive in.

EPNS realized they were sitting on a gold mine. In building Push Notifications, they originally focused on basic Channels of communication, essentially recreating the email lists of old where one entity sends out news to many entities. Why limit yourself, though? Why not use that same functionality to enable one entity to communicate with a single other entity? Why not allow several entities communicate between eachother? Why restrict yourself in name to notifications when you’ve realized what you’ve built is so much more capable?! Answer? DONT!

One of the qualities of great companies in history is their ability to react and pivot. AirBnB was originally designed to be essentially air-mattresses built around bumps in housing needs for conferences; it pivoted to be local housing for any travellers. Play-doh was a wall cleaner focused on coal heater residue; they pivoted as coal heater use died down to what we now know and love. Netflix sent DVDs by mail; it pivoted to stream content over the web, which had recently seen bandwidths capable of such feats.

EPNS is now pivoting to be a protocol (Push Protocol!) based on communication and notifications. The network being built by the Push team is capable of pushing more than mass email style notifications. They will now likely focus more no the protocol as the show off what power waits within its capabilities.

Chat is in Alpha already, Video has been teased, and alerts and communications has been in use for quite some time already.

So, how do we use it, you ask? Great question. Just visit the Push dapp - it is fairly self explanatory. If you want more details, however, lets check out these articles:

How to create a custom subdomain for your favorite .eth ENS name, this way you dont have to use your main wallet, and anyone can hit you up on your chat subdomain - for example, hit me up @ chat.grasponcrypto.eth!

PS. If you do not own an ENS name, I highly recommend it - I will not go through those steps here, but visit the ENS dApp to get started!

How to access and start a new chat. Remember, hit me up @ chat.grasponcrypto.eth to test it out!

Push Protocol has made many changes and kept buidling straight through this bear market. In my opinion, one can really find the strong projects by simply paying attention to which teams keep pushing updates through heavy down cycles, as many of the weaker teams or those with weak stomachs find it easy to fade away.

Beyond that, however, I am even more interested in what Push is doing. While the team doesnt share much, I wish they would, one can make some assumptions based on the information which has been released. If my assumptions are correct, this new protocol could help solve some big problems within web3.

Push Protocol team appears to be designing a Layer 2 network based on a Proof of Stake model. Likely not dissimilar from Ethereum’s Beacon chain Proof of Stake system, though again there are few, if any, details on this. That said, this network will be the center of Push (the Protocol, not the team).

While Push was originally created to simply transmit notification messages from event triggers to end users, what was built was found to have much more potential. If you can transmit notifications, why not texts such as chat? Why not email? What about simple status updates - twitter, anyone? The possibilities are truly astounding, and the infrastructure is already being built. What the future will see is other teams to step up to the challenge and build applications on top of the Push Protocol!

Push Protocol has a few challenges it must first overcome. A few I can think of:

However, should the team successfully navigate and overcome those challenges, then look for BIG things to come out of Push Protocol!

PS — Congratulations on getting this far! If you’re whitelisted on Push Protocol chat app, DM me @ chat.grasponcrypto.eth. If not, please DM on Twitter to receive the POAP below. (I know, I know, how archaic! Unfortunately POAP has become so popular, farmers have been sweeping automated distribution mechanisms clean of all available POAPs — so please forgive me and the POAP team while they navigate these rough waters).

TO AVOID POAP FARMERS, YOU MUST OWN THIS ARTICLE!! (just choose “Collect” up there in the top right, its super cheap and just to prevent farming).