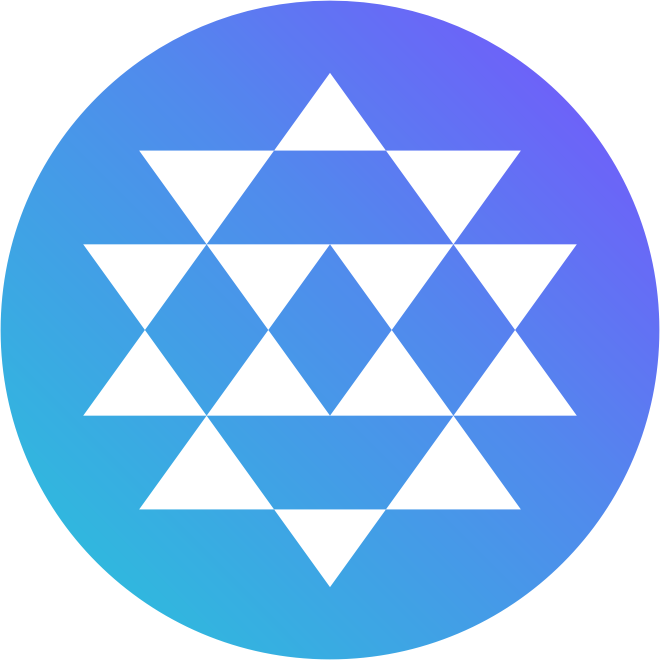 We don’t have to choose between masculine or feminine as mutually exclusive. In fact they are best represented in harmony. The feminine is becoming fiercely celebrated. Female-driven Web3 projects are being rapidly supported to propel forward new ideas, creating new digital economies rooted in balance, awareness, and community. Balance is coming through and men are getting behind this transition into what we refer to as ‘The Age of Synarchy’. We rise together.

There is an invaluable notion that’s been sprinkled throughout the texts of our ancestors, forgotten and rebirthed repetitively throughout human history :: It is the understanding of duality inside each and every one of us, and it goes by many names. It is the “sun and the moon,” the “yin and the yang,” and the “masculine and the feminine” – among others.

It’s much broader than gender.

The tangibles are discussed and debated at length, unfortunately often over associated with gender identities. Masculine energy is commonly identified as aggressive, dominating, sometimes violent at its core. Feminine energy is positively paralleled to nurture, compassion and intuition but negatively identified as weak or overly stagnant. Anyway, both positive and negative associations of these two can turn out to be limiting if closed in the narrow frames of what we understand as gender in modern society.

These names encourage semantic overanalysis, and the feelings associated with them can be both a burden and a gift to many who strive for success by metrics of our current Game-A systems. More dangerously, these loose-leaf definitions surmise and assume qualities of men and women, rather than seeking to optimize the synergy in the balance of both. This distinction makes us all lose more than we comprehend.

Synarchy in this context is a place where masculine and feminine qualities find balance and harmony, co-existing and co-invigorating progress with all the right touches. It requires an emotional intelligence and a certain level of personal growth that transcends societal conditioning, set in place to limit our regulation. And it’s the understanding that as a man, woman, or business, we are only as powerful as our connection to ourselves. Yes, the distinction applies to the business- side too.

The tangling of masculine and feminine is a sought-after developmental part of personal relationships and valuable to implement into business evolution. Through a discussion of the characteristics of these energies, we find curiosity to imagine a future where these themes see coherence into new community-driven business models.

The masculine energy – the yang, is the solution-focused and problem solving energy. Prevalent throughout our current business world, it’s become a conditioned “necessity” for success. It is qualified by power, by hustle, and by shifting energies. It’s the sun, the heat, the fire, and the intellect. Masculine energy can be created through logic, science, rational work, and linear determination. And where it finds an obstacle, it is expected to be ready to use force and power.

Business is business, and distance from the source is maintained to balance discomfort. This manifests in rhythm resulting from perseverance, a hardened work ethic, and logical power in business. It’s leveraging strengths to make tough decisions based on financial outcomes and being surgical in these decision-making capacities. Shareholders benefit from callus decisions at the top and turn a blind eye to the less fortunate suffering at the base.

Yet the masculine energy perpetuates success through work ethic and perseverance – both being crucial factors in achieving the desired result. Without strength, there is no movement. Without spark, there is no flame. The yang is more than just helpful; it’s essential. However, if it’s not balanced, it can do more harm than good, transforming into hedonistic or utilitarian force.

The feminine energy – the yin, captures insight and compassion and layers it with an almost introverted nurturing power that transcends aggression. It’s perpetuated by a state of honesty, authenticity, and vulnerability. It exhibits emotional wisdom alongside an ability to connect deeply with others, no matter their modes of existence. Feminine energy is characterized by a stillness –  creativity and power derived from the inside, not out.

Feminine energy can be dismissed as unviable in a business ecosystem. It can be seen as a weakness in many of the institutional models we currently place trust in. Words such as surrender, patience, and gentleness are not encouraged nor included in a pitch deck to woo investors. Investors, shareholders, and consumers have been led to believe that success comes from drive and ambition and that high ROI is achieved through confidence and assertiveness.

Still, as much as feminine energy can seem to be able to bring only good, and peace, if not balanced, it can cause too much submission or lack of assertive agency.

While it can be a little tricky, it’s crucial for complete understanding to differentiate masculine and feminine from male and female gender classification. For those who do not delineate, images of burly lumberjacks and dainty princesses cloud our perceptions, causing subconscious and over-conditioned perspectives.

Some of us were raised watching movies dictating what does it mean to be a “real man.” As “Mulan” so aptly taught us, to be a man means you “must be swift as a coursing river” and have “all the strength of a raging fire” whilst remaining “mysterious as the dark side of the moon.” That’s a lot of expectation put on a young boy singing along to a movie, in no immediate danger from Attila the Hun. And that’s just one cartoon. The notion has been repeated and reinforced over and over again, from Disney to Hollywood movies, and before we knew, we were separated from the innate understanding of the masculine and feminine.

Let’s have a look at that perspective now. Shakti, or the cosmic energy that flows through us all, has more than often been characterized as a feminine life force overshadowed in part by hyper-masculine energy. This female personification shows up throughout history, from female goddesses of lore to mother nature herself. While Shakti has been presented in female form, many yogic philosophers and historical academics believe Shakti is in reference to finding our own personal power and balance between the masculine and feminine energy flowing through us all. This balance represents our current world, and according to some, all worlds before it.

Our journey to understand ourselves and deeply connect with our human nature leads to finding a unified  view of masculine and feminine. Once achieved, we can gain a collective understanding that striking this balance results in inviolable internal peace. If everyone achieved inner peace, the argument would have it that we could attain world peace – once and for all.

The harmony between masculine and feminine has to extend beyond our personal lives –  to business, technology, and appreciation of advancement.

Luckily, this process has already begun.

With the rise of Web3, there comes a collective shift back to creating value and substance rather than just for financial means. With current systems favoring big corporations due to sheer size and influence, this change can put the benefit back in the hands of the creators.

The blend of the feminine and the masculine in this new era of digital ecosystems can form a strong foundation, allowing the true creativity to mix with financial abundance in an organically sustainable way.

While much of the blockchain ecosystem is still dominated by the masculine energy to “make more fast,” a handful of incredible blockchain and NFT projects encompass the feminine and seek to blend the under-utilised power of the yin with the necessary strengths of the yang. The 90+ male dominance through the inception of Web3 is finding is recalibration points.

Here’s a quick shout-out to some projects pioneering with feminine leadership, celebration, and a nice ‘Shakti blend’ in the crypto and NFT space.

If you haven’t heard of this fantastic initiative yet, you will soon. Spurred to action by the willingness to increase a dramatically low female artist representation in the NFT market (5% as of November 2021), WoW was created with a purpose vision: to empower a community supporting female artists in the NFT space and inspire diversity in the next generation of creators and builders.

Their initial collection of 10,000 female-inspired NFTs was released in July of 2021 and sold out within 24 hours. At the time of writing, the floor price for a WoW NFT is 10.95 ETH, making it quite an expensive buy-in for the NFT space. The good news is that a second collection, WoW Galaxy, is set to be released in 2022, providing an opportunity for new members to join the community.

WoW focuses on growing and nourishing a supportive community, and actions speak louder than words. Owners of WoW NFTs are also granted tokens to participate in the project's governance through the DAWoW, a Hybrid DAO model established to support he movement. NFT owners also receive 50% of all commercial royalties earned by the creators and the rights to the ownership itself.

Through their business model, WoW nurtures a strong sense of community, promotes equality, and is determined to maintain authenticity and transparency.

BFF was created with a slightly different context and focuses on the broader characteristics of underrepresented groups in the Web3 world. Their vision is to “help women and non-binary people to get educated, connected and financially rewarded in crypto and Web3.” This community supports its members in tapping into the crypto and NFT market. Celebrity advocates such as Mila Kunis, Tyra Banks, and Gwyneth Paltrow have helped pave the way for this growing movement with their continued help. Quoting an estimated $10 trillion market value of Web3 by 2026, BFF believes that the current 19% female participation rate could lead to many women unfairly missing out on growth. By providing resources for all levels of interest, BFF aims to educate their members and give them options to get their piece of the Web3 butterscotch pie.

Similarly to World of Women, BFF embraces the lack of feminine quality in the crypto world head-on and holds nothing back in voicing its mission. These initiatives will undoubtedly continue to forge ahead and create more balance and equality in the Web3 ecosystem.

This inspiring NFT collection represents three founding principles: generosity, transparency, and accessibility. The name is wildly appropriate, given the embodiment of some of the more ultra-powerful feminine qualities. The model behind this project is to build a community around a 10,000 strong NFT collection designed from only 300 hand-drawn elements. The design itself alludes to an innate understanding that we are all made from the same elements and that diversity is just a recombination of those elements; the “vastness and similarity between us all.”

Flexing their unique core values, Meta Angels instils a sense of “problem-solving” communication among members, encourages (but doesn’t require) them to dissolve anonymity and own their identity, and uses unique smart contracts to build on a loan system designed to give NFT and member access to those who can’t afford it.

There are many unique elements in play with this project, all of which aim and shoot at a balanced target of the yin and the yang of human progress.

Celebration of Divine Feminine in Web3

With such a sudden and prominent rise of the divine feminine quality throughout the new digital era, there is a strong sense of sustainability and support behind these movements. These projects, among others, have ushered in a new way of building community and economy hand-in-hand. By blending the intrinsic qualities of masculine drive and ambition with the feminine qualities of transparency and community, these projects will inspire others alike and support them in succeeding.

With untethered backing between, and among movements, the air of abundance on the wind can no longer be easily denied. Therein rises a tide of breakthrough ideas and creativity, accompanied with support and a determined effort to promote accessibility and education for everyone.

This is the beginning of a new era where the feminine is joining the masculine, together promoting a connected, conscious, and transparent digital environment filled with opportunity.

The time is now.