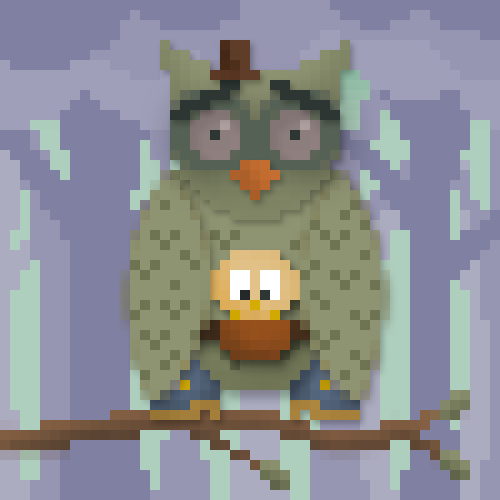 I’ve written extensively about rETH and Rocket Pool as a protocol. I have sung the praises of permissionless node operation, decentralization, and censorship resistance from the protocol and the tokens used there within. However, as our Bankless graced friend has said time and time again, however bullish you are on Rocket Pool, you are wrong. You are insufficiently bullish.

Let’s delve into the far future of Rocket Pool node operating to see why the most bullish thing about Rocket Pool is the community and how EigenLayr will make that community available for rent on the open market for oracles, rollups, dApps, and more.

This defense is measured in various ways including the number of individual node operators that exist as well as the amount of capital locked in defense. One of the cruel ironies of such a system is that the strongest defense is one that is never used -- the system is working best when the capital is maximally inefficient. Of course, validators are compensated for this, handsomely so with Rocket Pool. What some have realized now, though, is that the capital and equipment being used to defend Ethereum could also be used to defend other applications.

EigenLayr has taken this idea by the horns by creating new use cases for ETH that’s already locked in validators. They’ve created a data availability layer called DataLayr as a proof of concept. Ethereum node operators can include data-specific middleware tying their Ethereum validator to additional bonding requirements. Validators running DataLayr would have additional duties that they must perform. If they fail to perform those duties, the ETH on their validator would be slashed. Same capital, more risk, more reward. This ‘security rehypothecation’ could allow for the creation of very cheap rollups with a pre-established decentralized web of node operators. What EigenLayr recognizes is that the trust and capital layers of oracles/L1s are fragmented, yet would be more efficient if they were cohesive. Put simply, EigenLayr has created a framework for ETH that is locked up to be re-used in the security of other things.

EigenLayr’s idea is a very happy cousin to Rocket Pool. While DataLayr can be thought of as a middleware that adds data availability, Rocket Pool adds liquid staking middleware and more. Rocket Pool is the most concentrated element of the Ethereum trust network. An ingroup within the ingroup with a pre-existing security bonding system, Rocket Pool has created the perfect counterparty for Eigenlayr. The Rocket Pool node operator set already is taking on additional risk on their ETH validators for higher gains. Rocket Pool is by far the largest staking collective and individuals willing to put very large capital sums up + run hardware are very rare. In fact, the rapid adoption of the MEV smoothing pool shows that Rocket Pool node operators are attentive and willing to quickly adopt new responsibilities for higher yields. The union of these networks will only serve to add more capital efficiency to the already staked capital and hardware.

The benefits are reciprocal between Ethereum, EigenLayr, and Rocket Pool. If EigenLayr is easily compatible with the Rocket Pool smart node stack, and let’s suppose that DataLayr offers a meager 5% bonus APY for a validator, then the value add to running a node in the first place increases dramatically. The security of Ethereum will go up from the greater incentive to create nodes. Rocket Pool will uniquely benefit since the smart node stack is one of the most convenient ways to run an Ethereum node and the strong community, including the Node Operator’s Association and EthStaker, will help build an ecosystem around EigenLayr. The larger this family grows and the greater we can utilize the technically proficient, decentralization-aligned layer 0, the higher the overall network security will be. Modular, rehypothecated security.

One day, the attentive and yield-seeking Rocket Pool node operator may be running a community-driven fork of the official smart node stack that incorporates not only DataLayr and Rocket Pool, but perhaps Chainlink CCIP, rollup sequencers, provers, and who knows what else earning returns 3-4x the standard ETH return. The Node Operators Association is hard at work enhancing QoL and possibilities for RP node operators -- one-day NOA may be using EigenLayr as a contracting platform. The most valuable part of crypto is the layer 0. Rocket Pool built the most robust microcosm layer 0 within the Ethereum ecosystem. Now, it is time to utilize it.