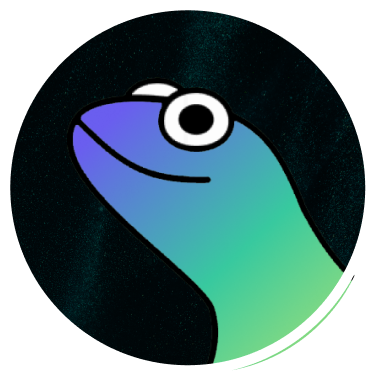 An update on our November & Q4 goals.

Just a quick update on what’s been happening so far in November. Will be short and sweet as we are pushing an update for December illustrating our 2023 Q1 & 2 roadmaps, as well as other updates to products & future direction.

We’ve pushed our site live, there’s going to be an additional update later this week fixing some aesthetics, scaling & adding a custom-made investment form. We’ll continually push new updates to the website over the course of the next couple of months. You’ll probably be able to see some cool new features every fortnight.

The LIP for staking V1 has passed with very solid support from voters. Not a single member voted to reject the proposal and the overwhelming majority agreed on the same option.

Many thanks to all of the DAO members that tuned in to vote. We appreciate all of our community members and advisors who helped to review the proposal and provided helpful feedback. Special thanks to Seagolem for his countless hours in coming up with an additional rewards structure and the demo to help people understand how things can work.

We’ve already been working behind the scenes on solidity architecture as well as base-level UI/UX design. We’ll release an in-depth roadmap and completion date on this with the bigger newsletter this month.

We've been working with some unlisted advisors on the backend and waiting for intros to a few more. For example, we had Andy from Scalene review staking alongside another unlisted dev that Kmao got feedback. Kieran remains a trusted advisor and a regular contact to the team. Rogier and Florian have been giving feedback on UI/UX. Lu has been working with Rogier on some merch ideas and regularly speaks with other Illuvium team members for support and feedback. We plan to continue expanding our advisor relationships.

We understand that people would like to see new names on the website, but actually, the more important thing for us right now is the actual support and valuable input that these advisors provide. Some advisors may prefer to contribute but remain unlisted for various reasons, while others may become open to being listed as official advisors as we continue to build up trust and relationships together.

The community contributor program continues to bear fruit with quality candidates and good results from those who have started contributing to the DAO. Our team of Liaison Lizards is growing! We’re in the process of onboarding three more liaisons to continue expanding collab and partnership opportunities for the DAO.

We’re constantly reviewing incoming submissions and reaching out to make more connections in Web3. We make an effort amongst all of the contributors (team, mods, liaisons, librarians, etc.) of the DAO to vote on which projects get approved for collaboration. We do our best to balance quality offerings and the frequency of opportunities for our holders. We turn down a significant amount of what could be considered low-quality projects to help protect our community from potential scams or failures while approving the most promising projects to open up WL, mints, beta and other opportunities for Ethlizards holders.

All transactions that have been made in the month so far are for delayed salaries, investments from Council, minor marketing and swapping ETH to USDC. We continue to operate as low-cost as possible.

A lot of research has been put into this over the last couple of weeks, looking at examples such as Aave, MakerDAO, Uniswap and Illivium. We’ll likely follow a similar structure to popular Defi projects. We want to take steps to empower holders and further decentralise the protocol but also making sure to leave sufficient power to the team to move forward without blockers and build quickly. Lu is also involved with Illuvium’s V2 governance proposal and is monitoring things there to see which elements may benefit our DAO to consider implementing.

I (Kmao) will be attending NFTFest Australia as a speaker! I’ll be attending both days, and talking on Thursday. There should be a speaker announcement that comes out soon, that’ll show more details. I’ll be wearing an Ethlizards shirt and walking around, so feel free to stop by and say hello, or even attend my panel/talk!