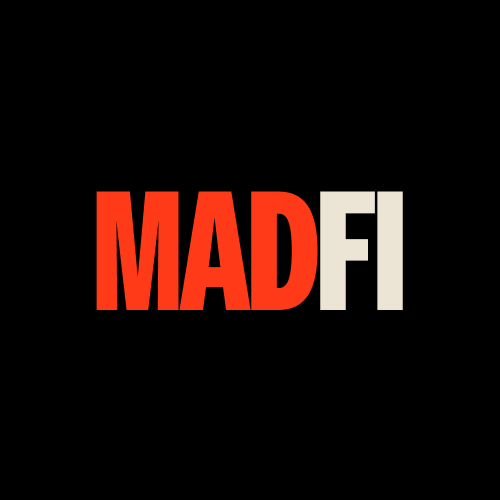 It seems bizarre that as content creators have become increasingly self-reliant, their avenues to create income streams are strictly limited by the traditional web2 media companies. Those who have an integral part in sustaining the ad driven revenue model have little means of negotiation; and therefore, are not seeing income corresponding with their true value. Worst of all is that ownership of one’s content and data is at best, murky. Creators and influencers find themselves in an unfortunate circumstance akin to the music industry and its artist contracts.

It wasn’t until very recently that the big social media companies really felt the pressure of changing public opinion as well as the overarching threat web3 poses to their business models. Until 2022, Meta and Tik Tok have barely paid creators at all. In Meta’s case less than 1% of ad driven revenue. It wasn’t until this year that Meta will allow more creators to get paid for the content they post on Instagram. Tik Tok, on the other hand, had previously only paid out ‘approved creators’, but this proved to be both inconsistent and arbitrary. Sensing the changing winds, Tik Tok will now offer their biggest creators a 50/50 split.

The current system makes it difficult for creators to build income streams and provide incentives to their audiences. Its rules are opaque, inequitable, and are built around the infringement of user data. The landscape seems ripe for large scale changes, and these will certainly prove to benefit creators of all sizes.

In a previous article we laid out the case for web3 as a widespread mechanism of change within the advertising + marketing industry. Decentralization will continue to have a profound impact on all sides of the advertising spectrum, building on decades worth of effort to disrupt the traditional media hierarchy and empower creators.

Effective and literal control of a person’s own content and data will be a crucial component of this disruption. The next generation will see a powershift from large companies to individual users and producers. This will have massive ramifications on the function of the global economy at large, and its effects are only now beginning to be felt. Before diving deeper, however, it can be helpful to explore the macro level changes that have occurred since the wide scale adoption of the internet, and how they have enabled creators.

There have been three substantial shifts in how creators can engage a digital audience, with each subsequent one exacerbating the effects of decentralization.

web3 has some distinct, inherent advantages when it comes to creator monetization

It’s private for both creator and consumer. No one’s information is ever compromised. Each person’s profile is tied to an NFT that holds a unique social graph and all relevant data. Imperatively, creators also fully own their content and are able to monetize it in the way that they see fit. This is just one of the ways in which NFTs will change the manner by which people utilize social media and interact with their followers.

Web3 is direct in the sense that traditional intermediaries have been banished in favor of protocols. That means more money and less hassle for creators, and crucially, empowers anyone to start monetizing their creations, regardless of following. Even people with smaller audiences can generate an income. This is a far cry from traditional platforms such as Tik Tok, YouTube and Instagram, where only the largest, ‘approved’ creators are able to be paid consistently.

Finally the overall efficiency of the digital landscape has increased tremendously. Now, anyone who posts content of their own is able to monetize it and receive payments directly to their wallet. What could be more appealing than continuously earning money on income streams that you own?

Lens will essentially act as the foundational layer of next-gen web3 social media apps. This shared component between apps will allow creators to build a profile that is ubiquitous across all platforms. All types of creators will have full access to their social graphs, data, and critically, revenue. It is a seamless way to establish an income stream from content creation.

Superfluid automates cashflow on a continuous basis, leaving the antiquated financial processes of web2 in the past. It can be used for recurring payments (like subscribing to someone’s content) or used as a means to consistently stream social tokens to your following. This way loyalty is rewarded more efficiently than a one time token drop.

At Mad Finance, we are building the web3 infrastructure where content creators and large advertisers alike are able to participate in an automated, digital marketplace for sponsored content and real-time payments

Using the capabilities and modular design of Lens and Superfluid, MadFi is disrupting the traditional advertising model and compensating creators for their true value. Brands will naturally wish to reach users on web3 platforms, and MadFi will provide incentives for users to opt-in to sponsored content. Without the exuberant take rates of the traditional tech giants, there is plenty to go around. There is also the added benefit of users seeing sponsored content only from creators or brands that they approve of. It truly is turning the old advertising model on its head.

All this to say, there are certainly greener pastures out there for content creators. Social media is a new frontier in web3 and it is now able to be explored thanks to new protocols and increased access. We want to make sure that the process by which creators get paid is equitable and transparent, the antithesis of what it was prior. The experience for both producer and consumer will finally be one in which no one feels cheated and everybody receives fair value.