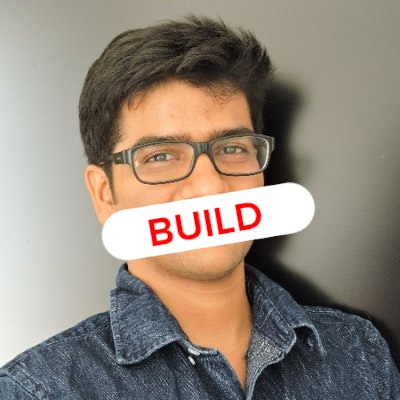 Huge thanks to Abhilash, Arun, Rohit, Abhinav for reading drafts of this

Any conversation about web3, which doesn’t involve developers is, as of today, a moot conversation. Builders are the center of Web3, and I’ll dive into what I think is a sound argument for web3.

There are various definitions of Decentralization thrown around. But for me, the most important piece is Composability.

Moxie in his recent blog about critique of web3, rightly pointed out that people are not educated enough or motivated enough to care about decentralization. Particularly,

“People don’t want to run their own servers, and never will.”

Of particular interest in his blog was the following comment on what he sees as our relationship with software. Vibe!

“We should try to reduce the burden of building software”

Hard for users, almost by design

A common defense you hear from web3 folks is “We’re early”, “Infrastructure is catching up” … All of that is true. But that’s not the real reason for the products to be so hard to use.

Most of the apps were not even built keeping users in mind.

Abhilash had a great framing for this :

“On web3, code is a first-class citizen”

Software is written in a way that other softwares can use each other, build on top of each other. For using Uniswap, whether you’re a developer or a software, the interaction is exactly the same. On Ethereum, a code (smart contract) has a wallet address and that is indistinguishable from a user’s wallet address.

You’ll never see “Prove that you are a human” checkbox on web3.

The core fundamental of web3 is that once something is deployed, it’ll never be taken down.

So, as a builder, you can always build with confidence. You can bet your entire business on an underlying infrastructure.

Entrepreneurs, me including, don’t build businesses on top of APIs of other companies when they have a choice. Twitter and Facebook have revoked API access in the past famously.

But when you build on a web3 product, you know the underlying infrastructure will always exist - they’ll always function the way they were intended to.

Uniswap is a decentralized exchange for ERC20 (tokens), deployed on chain.

OpenSea is a centralized exchange for ERC721 (nft), exposes APIs.

Multiple billion dollar projects have been built on top of Uniswap - Aave, Compound, Olympus and the entirety of DeFi.

A quick study on GitHub shows the difference objectively.

Uniswap has been used by 160K as against OpenSea’s 17K projects.

It’s not a strictly apples to apples comparison because ERC20 is fundamentally different from ERC721. But the centralized exchanges don’t expose APIs to make a relevant comparison.

Developers look at Uniswap more as a protocol/infrastructure than OpenSea.

There will be centralized apps, and it’s OK

Web3 operates at an infrastructure level. There will be apps that will be built on top of these. Centralized apps are where the composability ends. And it is OK.

OpenSea exists on top of the ERC721 standard & on top of Ethereum. Ethereum has greatly benefited by the existence of a centralized app built on top of it.

“Trucks are rarely used by end users. Users eat the food transported by Trucks by interacting with shops/stores. [I] Imagine a fintech/web2 front end with a web3 backend as a way to get to 4B people scale on web3.”

But web3 offers a new kind of a moat

Builders are incentivized to build applications that are composable. If other apps can be built on top of what they’ve built, people will make them and make the base layer’s moat stronger. A moat in web3 software is how many softwares have been built on top.

That is also why you’ll repeatedly see large protocols continuously engaging in dialogue with developers and builders. Because we’re in the phase where the only thing that matters is how many layers are built on top the protocol to make it future proof. The protocols get it. Do you?