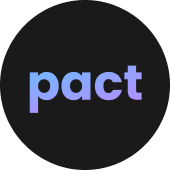 Pact’s Season Zero kicked off in late 2021. It was our time to start fresh from where we had been (a community fundraising project formed during the pandemic) to become a group looking at mutual aid and web3 as viable tools and frameworks for collective liberation.

Before announcing our Season One, we wanted to share our journey before web3, how we got here, and our learnings from a long and valuable Season Zero.

Let’s start at the beginning. Before becoming PactDAO, we were Pact Collective. Like many current grassroots efforts, Pact Collective started during the height of the pandemic. During this time, countless community groups formed or ramped up existing efforts to provide neighbor-to-neighbor relief. The only thing stopping these small groups from garnering large-scale support was their lack of visibility. These groups didn’t have marketing budgets, or well-designed/SEO indexed websites - many were just groups of friends and neighbors using Venmo handles and IG posts to get help where it was needed.

That’s why we made Pact Collective a project to provide visibility and financial/volunteer support to grassroots groups. We launched a donation subscription service where folks could have their donation given to a new community group each month. We self-funded the project and gave money to groups that were small in size, intersectional in their efforts, progressive in their values, and were run for/by the people they serve.

While we garnered much support, including some flattering press, we wanted to build a longer-lasting coalition with the organizations we were fundraising for. There was so much overlap in mission between the groups we were supporting, and we wanted to find a way to both bring these groups closer to each other and remove ourselves from the traditional ‘granter-grantee’ dynamic to share our resources and work collaboratively.

After spending months trying to figure out how to add signers to a US bank account and codify our cooperative principles, we started to lose steam. If at all possible, the task seemed daunting, time-consuming, and expensive. This was when we were made aware of different blockchain tools - particularly catching our interests were multi-signature wallets and smart contracts. Despite our initial criticisms of web3, further research taught us that these tools solved our problems in a fast/democratic way and could help construct a pathway to our ultimate goal: coalition building with grassroots organizations for revolutionary aims.

Towards the end of 2021, we wrote this vision into a Mirror crowdfund and launched our Season Zero with the hopes of garnering supporters, teammates, and co-conspirators. So, what happened in our Season Zero? And why did it last so long? Here we’ll answer all the how’s and why’s and what we’ve learned along the way.

We treated our Season Zero as an open playground to start, explore, experiment, and seek out others both in/out of web3 who shared our desire to create interdependent, resilient local communities. We did this by first building a community with our own neighbors and supporters.

We formed bonds by hosting weekly meetups that gave us the space to laugh, discuss, share, and get feedback on our ideas. These regular hangout events, mixed with the collaborative workshop series we started, our book club, group volunteering, activism, and other partner events, helped us find our footing and shape our vision. Wrapping up Season Zero, we’ve grown our member community to over 100, have a team of multi-disciplinary talented people, received some meaningful media interest, and are building a network of local community organizations and supporters to collaborate with.

We grew our community, like many entering web3, starting with Twitter. We found like-minded people, sought out their advice, and built partnerships with many of them. Some of our earliest friendships, like The Blockchain Socialist, have led to our inclusion in the Breadchain Cooperative, and with Austin Robey has led to our inclusion in Metalabel. These and many other conversations helped us learn, grow, and find our people in the space.

This was expanded through our participation in Kernel (another shoutout to Michelle Ma for advocating for our application). We joined Kernel’s KB5 cohort to develop our project and thoughtfully build our network of people in/entering this space. Kernel not only connected us to great people and fellow teammates but also to Gitcoin, where we’ve been lucky enough to receive funding support and friendship with many of its members.

While relationship building has been our most prized achievement, we’ve also accomplished a lot on paper. We’ve raised over $30K to date, became a registered 501c3, and with our Season One, will be sharing the first draft of our community bylaws towards a more democratically owned and controlled nonprofit organization.

Mutual aid is a framework for organizing - not a giving circle.

Back when we were fundraising for a different organization each month, we didn’t focus specifically on mutual aid. We supported groups with intersectional missions like ending food deserts or voter suppression in communities of color, helping queer people detained by ICE, and more. When making the transition into web3, we decided to focus specifically on mutual aid because of its anti-institutional nature and decentralized design. We continue to be inspired by mutual aid because it shows us that deliberate and democratic community-run systems of care are possible.

However, mutual aid takes many forms - and as we’ve seen several web3 projects do with terms like ‘public goods’, it can be abstracted to mean many things. Moving forward, we want to be clear that we support mutual aid that acts as a means to organize, because that is when it is truly revolutionary. Like the Black Panther Party’s Free Breakfast Program, mutual aid was not just about giving/sharing resources but also providing the tools and education to give the neighbors they were serving a path to liberation. As Dean Spade (the author of Mutual Aid) said in our first collaborative workshop, mutual aid is about building relationships through organizing. More than the movement of resources - mutual aid, when done well, acts as the seed to building dual power by creating community-run institutions.

Web3 is not a mission.

In Season Zero, we were starry-eyed about web3 technology and its potential, and while we still are, we made the mistake of letting this excitement become a core part of our mission. In our team meetings, we’d brainstorm topics like “how can we get organizers to create multi-sigs for their organizations?” In our well-intentioned effort to educate organizations on these tools, we were coming across more like tech salespeople than comrades.

We needed to step back and remind ourselves that organizers know what’s best for them. All we can do is provide them with the information and spaces for dialogue. Ultimately, the decision is theirs to make - and because we are not Gnosis Safe or Metamask (web3 service providers), why should it matter to us? If we see value in these tools, we can show them by sharing that value in our combined efforts. We have to meet them in the struggle, support their work, and then offer our expertise when/if web3 tools come up organically as a solution.

From our previous point, we see now more than ever that building a coalition with local organizers requires consistently showing up for their work. Thus we’re committing Season One almost entirely to local activism and education. Adopting technology or new financial systems will need careful contemplation within an organization and trust from its practitioners. If we are to be a part of that group, we must be dutiful soldiers in a shared movement rather than outsiders pitching new (especially highly technical) solutions.

We initially put our vision into the world with a pretty aggressive roadmap. Like (many of) our tech backgrounds taught us, we assumed a clear, ambitious, prescriptive approach would build confidence in our project and clarity in our objective. However, we’ve since come to understand that community work (when actually inclusive) is emergent. We realized the more people we brought to the table, the more our mission evolved and changed. And for the better. While this seems obvious, there are countless biases we’d held about work and how changing directions is perceived – as unstable rather than adaptive – that we had to unlearn. Fighting the internalized capitalism that demands we move fast, stay the course, and prioritize scale is a constant struggle but one that we’re overcoming.

Like many DAOs, we’ve been using Discord as our digital space for members to interact. We post all our events there, host open weekly team meetings, say “gm,” give shoutouts, and encourage feedback and ideas from members of the DAO. We even piloted mutual aid channels in the Discord where people can share what they can offer and what they need. However, Discord isn’t designed for most of these things. The thread functionality (or prominent lack thereof) has stifled dialogue and made it hard for meaningful conversation or mutual support to occur.

Today, most communications are fragmented across applications and platforms. Threads of conversation flow unconnected across an excess of mediums. These silos destroy the continuity of conversation and force us to rediscover new platforms, search for context within each conversation, and relinquish control of our data.

We will be looking into alternative models of communication to expand the accessibility and reach of our fight. Because in the end, platforms don't talk, people do.

In summary, what Season Zero taught us is that great collaboration starts with active listening. Listening to our neighbors, listening to ancestral/indigenous wisdom and people, and listening to the learnings of revolutionaries throughout history. What we see now is not that we aren’t ‘forging a new path ahead’ (bleh), or redefining anything really. We are standing on the shoulders of giants to try and do what people have tried to do for centuries - fight injustice through building resilient local communities. We just happen to have some new tools under our belt to try and do so.

For Season One, we’ll be following the tried and true playbook of helping build up our city through material and educational support. We’ll be taking our members out into the streets to show up for their fellow New Yorkers, have new conversations, and do the challenging work of collective healing. We hope to see you out there.