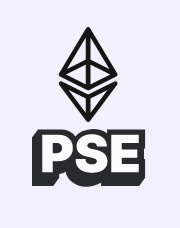 The Privacy and Scaling Explorations Team is sponsoring a dedicated round of grants for applications that integrate the Semaphore anonymous signaling protocol. Semaphore provides zero-knowledge primitives that enable developers to build powerful privacy preserving applications. With this grant round, we’re encouraging builders to try out these tools in real-world applications that matter to your communities.

Whether it’s talking confidentially with friends, anonymously broadcasting messages, or simply wanting to choose which aspects of our identity we reveal in which contexts, privacy allows us to express ourselves freely and without fear. Privacy is a tool that should be accessible to as many people as possible, and PSE’s goal is to foster a collaborative community to make access to privacy a reality in everyday life.

**
**If you’re a developer with an idea to use Semaphore for good, we want to hear from you!

Reputation is built one block at a time, on and off-chain.

Interep is a bridge for moving reputation from centralized into decentralized systems. Centralized social media and other web2 platforms have captured decades’ worth of social history, so that even people who would prefer to exit these systems are dependent on them as a source of reputation. Interep gives developers a headstart for building sybil-resistant decentralized identity on web3 by leveraging social history built on web2.

With Interep, users don’t need to build their on-chain identities from scratch. Reputation can be imported from existing platforms like Github, Reddit, and Twitter, then anonymized for use on decentralized platforms. Using zero-knowledge proofs, only the minimum necessary information is revealed. The result is a modular system of provable, private, and portable reputation.

Interep is built on Semaphore, a zero knowledge protocol which allows Ethereum users to prove their membership of a group and send signals anonymously. Interep is currently on testnet. You can join a group using your Github, Reddit or Twitter account, or with a POAP held in a connected wallet. Developers can integrate Interep into their dapps using the Interep APIs and libraries.

COCO is live on testnet! Try it now: https://www.cocoverse.club

Arbitrum is Offchain Labs’ optimistic rollup implementation that aims to greatly increase the throughput of the Ethereum network. This guide is an introduction to how the Arbitrum design works and is meant for anyone looking to get a somewhat technical overview on this layer 2 solution. This article assumes that the reader has some knowledge of Ethereum and optimistic rollups. The following links may be helpful to those who would like more info on optimistic rollups:

tl;dr: In this post we describe a mechanism that can be used to prevent spam in anonymous environments. We provide a technical overview, some examples and use cases. The goal is to get more people excited about the idea and hopefully implement it in practice.

*tl;dr: *Unirep is a protocol that allows users to receive and give reputation anonymously and prove their own reputation on other platforms that support the protocol.

Rollups are providing faster and cheaper ways to use Ethereum, but they still face a key constraint: the need to store and pay for data on layer 1. BLS Wallet uses BLS signatures for transactions, so multiple signatures can be combined into one while still being able to verify all signed transactions. By requiring one signature where many were needed before, less data needs to be stored on-chain and layer 2 (L2) solutions become even cheaper.

Semaphore is a zero-knowledge protocol that lets Ethereum users prove their membership of a group and send signals such as votes or endorsements without revealing their original identity. The ability to do these two simple things anonymously opens up a world of possibilities — some of which are already being worked on, some we can’t wait to see explored and hopefully some we haven’t even thought of yet :D.

tl;dr: Exciting news! ZKOPRU is now live on the Görli testnet. We show you how to use it.

tl;dr Zkopru is almost ready, we explain what it is and why it’s awesome. We also announce a date for the testnet.

tl;dr: the public participation part of our ceremony has finished, we provide verification details, stats and announce a random beacon

tl;dr: We will end the ceremony on Friday. It was largely a success but we had a few cases of failed contributions. If your first run didn’t succeed you can now head back to our website to fix it.

We are excited to announce that the trusted setup ceremony for Zkopru has been launched.

tl;dr:Use this link to participate in the trusted setup (on a desktop, mobile isn’t recommended): https://mpc.zkopru.network/