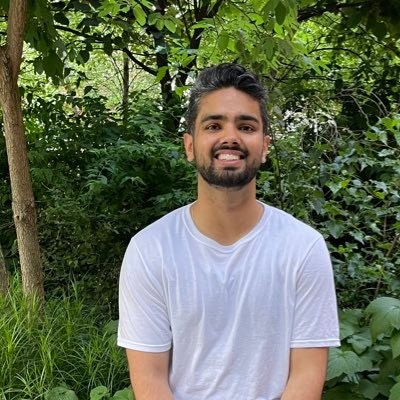 I believe in distributed ownership, freedom, and trust as the fundamental building blocks of any system that serves humans.

Systems that aren’t built upon these principles will be suboptimal in empowering humans in maximizing their talents and coordinating together to bring about a more optimistic future.

The current way by which we view housing ownership is exclusionary with incredibly high barriers of entry through capital and knowledge requirements for the vast majority of individuals. As a result, most land, and its accompanying natural resources, are often utilized by a singular party, to the detriment of everyone else. We see this in resource management, NIMBY debates, empty condos, etc.

While the modern view is a giant leap above the even more exclusionary practices of the past, where only nobles could own land, it is still a system that needs evolution.

Land especially is a natural resource inherent to the Earth and her children.

Our current diction of “landlords” and “tenants” are subtle social programming reminding us of feudalistic systems that we need to ascend from.

The unhealthiness of the system is an attribute of the growing wealth divide happening, at the very least, in the United States between those who own and those who do not. Such social problems affect us all. Human society is an integrated and interdependent system - where the rich in countries with large wealth divides tend to not live as long as the rich in countries with a more equitable distribution of wealth.

It is our duty as builders in Web3 to create new positive sum systems around ownership. We’ve seen it bleed through to ownership over software platforms, but for us to manifest the full impact of this new paradigm, we need to touch Layer 0 - the physical world. We can create better economic games for both landowners and tenants that create integrated success for all.

Ethereum enables the digitization of assets.

Once digitized, such assets can be integrated into positive-sum economic games that are able to generate far more value for all parties than what is possible in the world prior. For example, liquidity mining is being used to bootstrap financial protocols to become competitive with traditional finance spearheaded by Compound and Yearn. In it, the protocol developers, the users, and liquidity providers all benefit from virtuous economic loops.

Land and housing currently have ever-advancing digital interfaces pioneered by Web2 companies like Zillow and AirBnb, but these assets have stayed rooted in archaic ledgers. Similar to neobanks and the financial ecosystem - real estate technology uses advanced interfaces built on the same self-serving infrastructure of the past.

We can upgrade the fundamental infrastructure upon which housing is governed.

What is clear is that for any new economic system that thinks about housing differently - prioritizing accessibility and distributed ownership, we must evolve past the existing infrastructure.

In the future, once housing deeds exist as digital assets on the blockchain, we can fractionalize or tokenize the ownership such that those using or living on the property accrue ownership.

For example, today someone who rents an apartment for 5+ years ends up accruing 0 ownership in the actual apartment itself. While we have accepted that as an inherent part of the owner <-> user dynamic, what Web3 has taught us is that there is real impact in giving ownership into the hands of people that actively use the platform. Maybe renters should incur some ownership in the apartment they live in and maintain. With some fractionalization or tokenization, streaming ownership to a tenant is totally possible!

Landlords can compete with each other to give away ownership to attract people to live in their space. Effectively making people ape into ownership! Naturally, there is a lot that is being ignored in this high-level theorization - like the advantage to current owners for diluting their ownership. I don’t have very many answers here, but we can imagine some low-hanging financial benefits in decreasing mortgage requirements, transferring debt load, and less operational overhead costs.

It feels unlikely this will make immediate sense in high-demand areas like NYC or San Francisco, but it may make a world of difference in developing areas like Wyoming. One can imagine a property developer wanting to develop Jacksonhole can utilize ownership incentives to entice remote workers to move in. Live in this complex or buy a house in this neighborhood and be streamed ownership!

Naturally, individuals moving there increase the value of the property, increasing the wealth in the local economy, and creating a virtuous economic cycle. Integrated success through distributed ownership!

Enough theory. What is happening today is that I am turning the months of December, January, and February of my apartment into individual NFTs that people can buy and redeem to stay at my place. My apartment is located in the East Village - super close to Equinox, Whole Foods, Target, Thompkins Square Park, and basically all the cool bars.

In its current form, it really isn’t much different from a sublease. Maybe I can attach a 10% resale percentage that potentially gives me a monetization on secondary markets for my lease. Eventually, an auction mechanism for my remaining months to improve price discovery.

However, the hope is that when digitized, we can discover really cool things to do with it, and we can begin exploring this space.

I encourage everyone reading this who feels trapped in their 12-month lease to join our Discord, tokenize their lease, and see what cool shit can happen! We can create a governance token that is distributed to people who tokenize their lease to increase this new apartment market liquidity, and as remuneration for community members that took the risk and got harassed by their landlords.

To actually redeem the NFT to stay in my place, you’ll need to DM me on Telegram/Twitter/Discord and I’ll still need you to sign a whole sublease thing, unfortunately. Maybe stake like $500 as a security deposit.

I know this is super mega lame, but hey man baby steps. Redeeming may require transferring the NFT to some burn address. Open to feedback on the best mechanism to do this.

Or you can just keep the NFT for vibes as the first example of a housing contract existing on-chain and not redeem!

What will I do

I’m excited to see what happens when we can actually have NFTs represent legal ownership over things that exist in the real world.

I have no idea what I’ll be doing in the months when people redeem my apartment, I’ll likely just fuck-off somewhere random for that month. If you have an extra room or wanna hang out, DM me!

This feels like a fun, cool futuristic step. Let’s think as big as we can with NFTs, DeFi, and Web3!

Mega props to James Duncan for being the only one to tell me that this isn’t a fucking stupid idea and for motivating me to create!

Pictures and Video of my apartment [my room is the master].

Discord for us to coordinate around uploading more housing into Web3.

Collection on OpenSea to purchase the NFT.