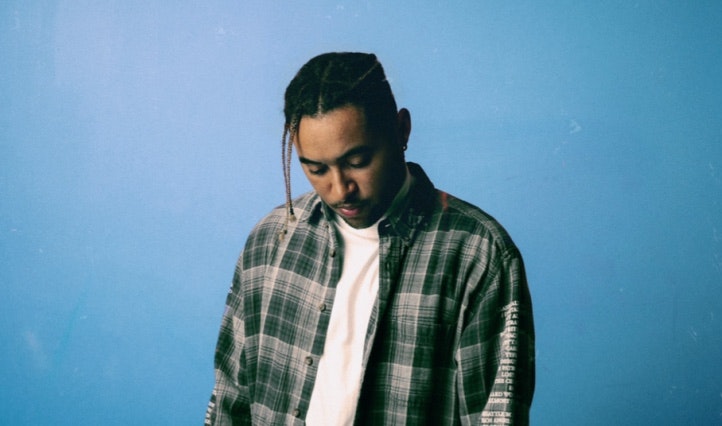 How Things Came to Be

For the last 6 years I’ve been operating on a fairly loose schedule. As an artist I let my creativity take the driver's seat, and I’ve lived my life on a play it by ear mentality. Today that’s not so much the case, and after getting heavily involved within the web3 community  my organization skills have improved tenfold and the music that I make has been evolving as well. During my time in the music industry I’ve literally seen it all.

After my breakout single “Inconsiderate” received its first leg of traction in 2016 I signed a deal with 10k records and later upstreamed to Virgin Records. I HAD MADE IT… or so I’d thought. It wasn’t until I was signed to a Major Label that I realized how poorly structured everything was under the hood. I was making 16 points off of my music (16%)  and had the feeling I was slowly losing control of my future. After negotiations and an album and a half later, I was able to take back control and resume my journey as an independent artist. With that action my artist career began to flourish.

Getting Started with Web3

When the pandemic started I had just come off of a world tour with Flume and directly after got married to my wonderful wife, Alessandra. With the introduction of COVID-19 the shows I was scheduled to play began to get canceled one by one, and I slowly watched everything I’d built in the last half decade deteriorate before my eyes. I was concerned for my new family considering touring was an over leveraged part of my small business. Around this time I was also diagnosed with pilonidal disease and underwent a surgery that I have still yet to fully recover from. My newly found free time led me to freelance songwriting and my interest in cryptocurrency. I poured all of my energy into researching everything I could about the space. I bought and held Ethereum around $400 and slowly became a degen, flipping smaller alt coins for short term gains (and short term losses lol). After 1000’s of hours of reading white papers, watching youtube content, and exploring discord servers, my interests started trending towards NFTs.

I’d heard of NFTs beforehand, but after the February / March wave of 2021 I was completely sold on the fact that many things can, and probably will be tokenized in the future. For the first time ever I felt like I’d found something that the majority of the world hadn’t grasped yet, and I wanted nothing more than to build alongside the great minds in this space. As a musician, my only question was where in the world is the music?

I embarked on a scavenger hunt that would ultimately introduce me to many talented and driven individuals who I am proud to call friends today. Before I released a single piece of music on-chain I spent 5 months chatting with strangers on twitter who I had grown to be big fans of. I was in awe of all of the exciting experiments that they were working on and wanted to be an asset however I could. I was vocal about my involvement in the space every chance I could be, and I started participating in many conversations via twitter spaces. Public speaking has never been my forte, but talking about the things I am truly passionate about has really helped me develop that skill in the last year. A few months later I built up the confidence to release my first piece through sound.xyz . That moment changed my life. The music sold out in under 30 seconds, but I couldn’t believe people actually valued my creations at the level they did. That moment no longer lived as a fantasy inside of my mind, and instead had become a reality. It activated something within me that I hadn’t felt in awhile; hope.

Since that day I’ve released many more works via Catalog and Sound, and I’ve made it my mission to introduce more talent into the space. That’s what sparked the idea to build what is now known as LNRZ (Pronounced Loners). It’s a creative incubator, and our main goal is to build and learn amongst other musicians and community members.

**
From what I’ve learned through participating, the more value we can bring to the space as individuals, the better off the future looks for everyone as a whole. From the day of my first sale I’ve been reinvesting the NFT proceeds back into the space and have been fortunate enough to collect some of my favorite artist’s pieces and as of today i’m at 20+
**

It also put me in a position to allocate half of my last sound.xyz drop towards a grant to the first class of LNRZ artists. Aside from that I was able to give away parts of my collection to holders of my NFTs as a thank you for their belief.

This has brought extreme joy into my life, and has been one of the greatest blessings. I dedicated my life to music many years ago, and I’m bringing that same energy into web3. I am VERY excited to be able to witness this evolution with you in real time. In closing, I really only have one last thing to say; Music NFTs.

Special thank you’s to my wife, Alessandra and Cooper Turley for proofreading this article.