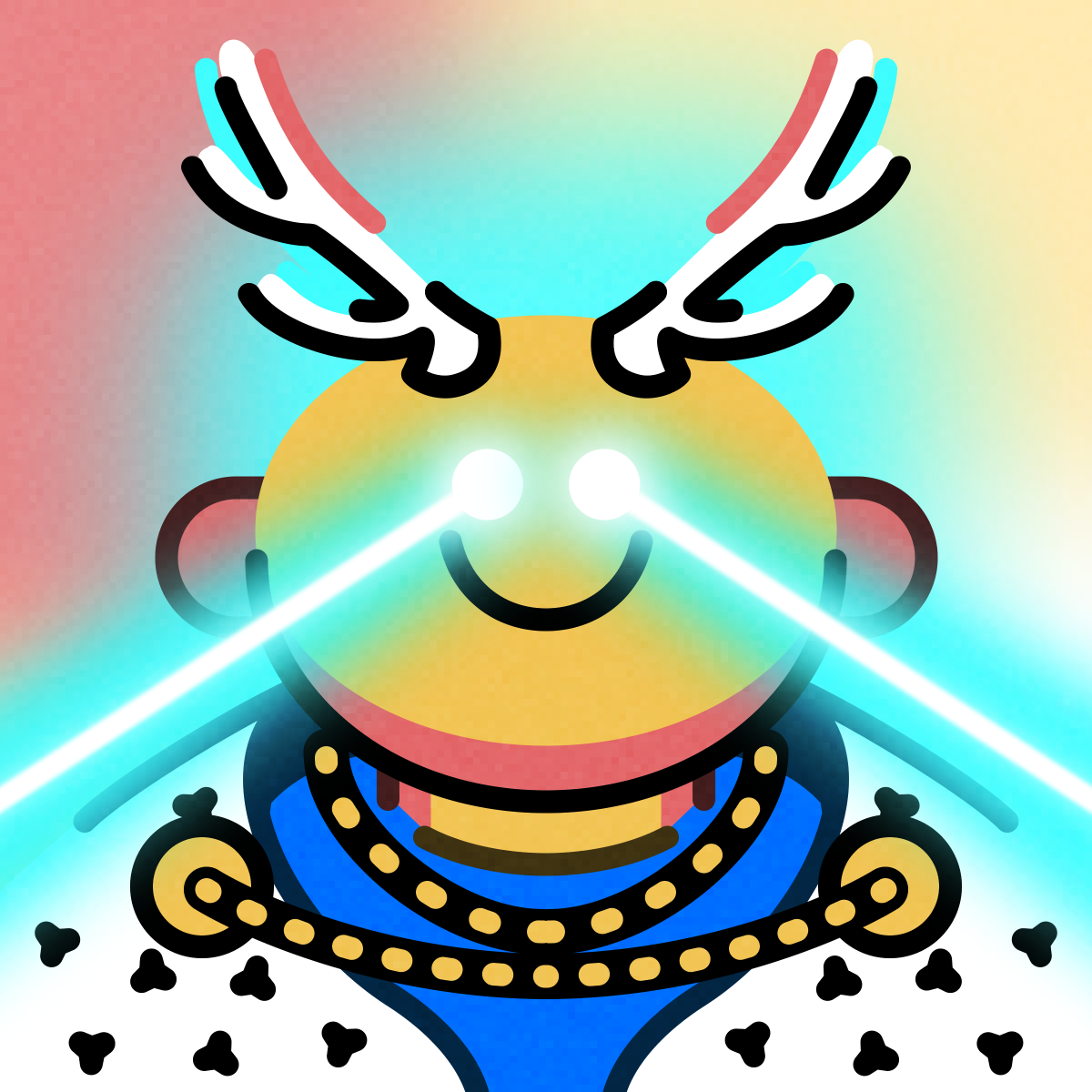 If you read my first post, there are some changes ahead.

Basically, Shiny Object Social Club announced some things a few days after I published it that really hit on the “let’s sort through this web3 information overload and incentivize people to find and curate it”.

They’re the reason I got into this space, their community is great, and I’d encourage anyone who vibed with the goals of that first post to join that group. It’s gonna make it.

Where does that leave Blergs?

I’ve followed a quite a few NFT launches over the last few months, to try to learn what makes some work and others fail. Some have made it big, some have never sold out, some have pumped and then dumped, and some have grown slowly over time, after finding the right vibe and community.

A few that I’ve followed started from relatively unknown teams started with a low-volume Genesis run. Something to test the waters. Chubbicorns, Stimaes, Galactic Apes, all did early runs of art in a low volume with utility coming later.

They were able to find the right group of people who weren’t all looking to flip and bail, and could weather the storm of instability that seems to follow anything in the web3 space. They also found early adopters who helped improve the project and give feedback without 15,000 screaming Discord users muddying the water.

On that note, if you’re reading this hoping to ride the Blergs hype train to 100x… I don’t think this is the project for you. I started making this and will continue to make this because it’s been a fun exercise and I like doing it. I’m not trying to mint a million, hype this to the moon, or really do more than just make something cool and maybe find some people along the way to like it too and maybe also want to build cool things too.

Yes, I’d like to make a return, since I’ve put in about 80 hours on this so far and have turned down client work, but the return with knowledge and connections are the biggest incentives for me. This space will only grow going forward, and I want to understand and be a part of it. That means I won’t risk my reputation on a rug or pump n dump. We’re early.

But now let’s talk about what Blergs is going to be, or at least what the plans are for now. Yes, this might look like a roadmap, but more-so, it’s the distillation of a dozen different Discord chats and threads I’ve been having over the last few weeks. It’s my goal, but goals change with new information and learning. If they do, I’ll share updates.

The Blerginning will be a small run of 400 PFPs, hand picked by yours truly. 50 of those Blerginners will have extra unique properties and traits and will play a role in the later phases of the project. Holding a Blerginners will grant free minting to all future Blergs projects and exclusive airdrops to holders.

This post will update when the specific date is announced, and it’ll be talked about in Discord and on Twitter. I would love to launch before the end of the year, but it makes more sense to wait until after the new years so that I can punt on the tax implications to 2023 and not have to worry about it messing with Christmas.

After phase 1, Blergs will be all about Traits. There will not be another randomized drop of PFPs like there was with Genesis. Not saying never, but probably not.

Instead, the next mint for this project will be a mint of packs of traits, so that Blergs can be made, interchanged, swapped, and created.

The chain, method, number of traits, packs, etc will all be defined later, but here’s how it will work.

There will be a mint, and instead of an individual PFP, you’ll be minting a pack that will have enough traits to make a fully-featured Blerg. After that mint, you’ll be able to connect your wallet to the Blerg app, and get a "Base Blerg” to build on top of. Every wallet will be able to claim that same Blerg.

Each pack will consist of at least 1:

Backdrops and Themes will be more rare and not included in every pack.

Each of these traits will have their own rarity, and all of them can be individually traded and sent. Minting multiple packs would give you, well, multiple packs.

The Blerg that you Build, can then be created as an NFT for free, plus gas.

Now, before you get on my case for the double gas fee, here’s where things get interesting.

The progress bar on the mint button in the gif above is meant (poorly) to show the odds that something is unique. It stands to reason that fewer traits added to the core won’t have a high chance of being unique. However, these clean Blergs might carry some clout… who knows?

Good news, is that as of current writing, there’s over 4 Billion permutations of Blergs that are possible, so odds are… it’ll be unique if it has all or most of the traits filled in.

The Blergs that can be minted into this set will likely be capped at a certain amount. My gut right now is telling me that saying there are max 10k in this would make sense, though it may not have a cap, but rather some mechanic to derive how early they were minted. Things are very very TBD here.

The other interesting part of this is that I don’t want Blergs to just be for people who minted the Blerg packs. Other NFTs led me into this world, and I’d love this project to be a bridge for others as well.

Other NFTs will work as Traits on your Blerg, and those traits will be exclusive to holders of the other NFTs.

Apes, Blitnauts, Penguins, Mekas, heck, even Fidenza has traits already designed for Blergs. If you have another collection you want to be Blerggable, then let me know. This idea plays into what may come with phase 3… or not. Who knows…?

No one but those holders will be able to access them. Maybe no one ever will access some of them. I personally don’t have any of these, but if you want to send me a Fidenza or Bored Ape, I’ll not protest.

I have ideas, but seriously, not gonna go any further here.

Here’s a teaser of some that have been generated recently with a clean white background. You’ve got a 1 in 4 billion chance of seeing them in the wild.

Stay tuned for more updates. I prefer writing long-form posts to doing video updates, so that’s the way most will come unless I suddenly like seeing myself on camera… which is unlikely.