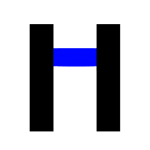 The Internet and Money

With the internet as a key collaborative tool allowing for rapid dissemination of information, we can learn to do almost anything online. How we spend our time is then a spiritual question.

If true wealth is time and freedom then...

Space
Once upon a time, space created itself. The expanse of this universe.

Space exists as the unifying relationship of material and immaterial reality. Somewhere in its design, human beings have their experiences.

In its natural state, space is free energy.

Energy
The term “free energy” can refer to the power within space that universally binds physical reality together. Other names of New Energy sources found within this space include Zero-Point Energy, Energy from the Vacuum, and Quantum Energy.

How to track electrons using distributed ledger technology: from source to supply chain - and application in home appliances?

How to get scientific inquiry certified as evidence through the cryptoidentities of witness testimony?

How can we apply the front lines of energy research being conducted through Bitcoin mining?

How can we apply new knowledge of public goods coordination from what we are learning in the Web3 DeFi space?

A working solution for the research, development and distribution of transitional knowledge and prototypes of New Energy sources has been found through a strict adherence to all of the following simultaneously :

Application of decentralized technologies and liquid finances of a secure virtual web3 environment (with no single ownership of a project beyond 49%).

The idea to use Open Electricity DAO to audit the scientific foundations of electrical energy distribution may seem unnecessary, even naive. The real work is in the challenges of confronting the attack vectors which begin the moment anyone mentions „free energy” in a scientific community.

Attacks on advancements in the New Energy sector may originate through the spectrum of covert human mental disorders with severe malicious and destructive intentions, in other words, deeply rooted fear and ignorance. Since this project may have an impact on the multi-trillion dollar macro-economy, a prerequisite is high assurance security practices both online and offline.

The following are common forms of attacks:

Bitcoin may be the decentralized incentive for transnational co-development of clean energy at scale. However, it continues to run on the foundations under question. The following are selected big questions forming the need for Open Electricity DAO.

Does the current energy distribution paradigm make sense if we retrace it from the concepts to the electron source, down the supply chain and into household use?

Is the physics and mathematics of electricity rigorous along its discovery chain?

What were the forks in knowledge and technological development along the way?
Do previous decisions continue to be the best possible solutions?

Once upon a time, there was a consensus about the most profitable methods of generating and distributing electric current to every loved one’s home. Decisions were made to use certain methods over others. About 130 years have passed.

The proposed Open Electricity DAO could become the collaborative decentralized tool to fact-check historical accounts, including the business meritocracy of electrical power distribution. Its main function would be to audit scientific knowledge about electricity and electrical energy devices.

I believe in the abundance and magnificence of life on Earth and beyond.
I envision businesses and technologies adding value to harmonious life on this planet.

I am developing a clear solution to the global energy crisis: Open Electricity DAO - a platform for the people’s audit of the scientific sources of electrical energy distribution.