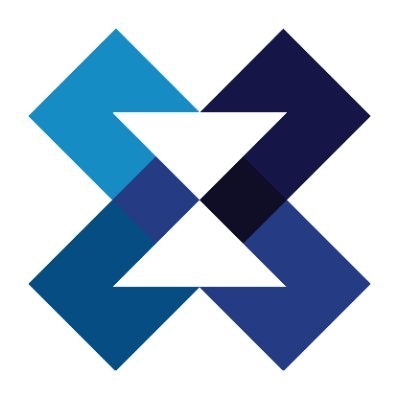 We’ve told you before that we will have more exciting events coming and now, we’re excited to share with you the “partially” of our phase 3 Airdrop Event - FINX Grand Fortuna!

The FINX Grand Fortuna Airdrop event will take place in early/mid-October 2022, and we will be announcing the event details soon.

However, to kick-start this new event, we are having a pre-heat of the 3rd Phase Airdrop Event - FINX Chat Contest!

We’ve heard of CeFi and DeFi, the centralised and decentralised finance that separates traditional finance systems and cryptocurrencies. If you search the web, you will find a lot of articles listing the differences between the two — both with their own advantages and disadvantages.

However, the concept of CeDeFi is still not as vastly spread as CeFi or DeFi despite its growing popularity amongst investors and professionals. So, what is CeDeFi and why is it important?

The Concept of CeDeFi

As the name suggests, CeDeFi is a combination of Centralised and Decentralised. This means that CeDeFi offers users the best of both worlds. Mainly, the ability to participate in financial activities that involve digital assets while still following the regulatory standards.

We hope you are just excited as we are because the FINSWAP Beta is now LIVE and officially launched! Our team has poured all their efforts into making a platform that is easy to use and we’re sharing all the features of this new addition to the FINX ecosystem.

Here are the actions you will be able to do on the platform:

A recent study by Paysafe finds that a staggering 80% of crypto owners prefer to make payments using their crypto assets.

Paysafe — an established payment solution firm found that out of the 3,000 crypto users they surveyed, 91% believe online payments via crypto will be as common as paying by card or contactless, and 59% believe this could be a formality in the next five years.

“With this positive outlook for the growing popularity of crypto payments in spite of the current market volatility, retailers that are innovative and forward-thinking enough to be among the first to accept crypto could gain competitive advantage, increased brand awareness and market share,” said Elbruz Yilmaz, SVP of Crypto at Paysafe.

The Gap in the Point of Sale Market

Continue Reading
Xyrica: Born to Evolve — The FINX Genesis NFT You Have Been Waiting For.
0xb458
September 5th, 2022

The long-awaited reveal of the highly-anticipated FINX Genesis NFT is finally here! In case you missed out, we have previously shared an article on the benefits of having our FINX Genesis NFT so if you need a refresher, click on the article link here: FINX Genesis NFT — Upcoming Launch | by FINX Global | Medium)

We’ve had a blast organising the Blast-Off Party this couple of weeks and from the feedback, we can tell that you guys have been enjoying it too! Unfortunately, all good things must come to an end and therefore, we’re officially announcing that this will be the last wave of the FINX Blast-Off Party.

So if you love being a part of it, make sure you join us in this round. IF, you are, indeed joining, please continue to read as we have made changes to the game rules and scoring system for two of our games, namely Tetris and the Quiz Time Battle.

Before we dive into the new rules, below are the teams that will be competing in the Team Clash Tournament:

Hello and welcome to FINX’s monthly newsletter. In our monthly newsletter, we cover the news and developments in the world of cryptocurrencies and blockchain. As we bid farewell to August, here are some highlights of events that happened in the DeFi Industry worth noting.

At the very start of August, crypto users were shocked by the news of over $5.2 million in digital coins including Solana's sol token and USD Coin (USDC) were stolen across 8000 digital wallets. While the attack was linked to vulnerabilities found in several Slope wallets, the hack remains under investigation with Solana struggling to recover its price after the attack.

Separately, Hackers returned $9 Million of the $190Million stolen from Nomad Bridge, a popular cross-chain bridge for sending tokens between Ethereum, Avalanche, Evmos, Milkomeda C1, and Moonbeam networks. Taking a proactive approach and appointing Crypto custodian Anchorage Digital to safeguard the returned assets, Nomad Bridge ultimately managed to recover over USD36Million after announcing that up to 10% bounty was available and that those who return at least 90% of stolen funds would be considered white hat hackers and Nomad won’t pursue legal actions against them.

With so many Web3 applications out in the digital (and real) world, what can FINX offer that is different from the rest? Quite frankly, there are a few things we offer that can help Web3 users — mainly the integration of the usage of their digital assets into real-world use.

However, that is only 1 of the many services FINX offers. The FINX ecosystem is built with users in mind. Therefore, taking into account the major services Web3 users are mostly using, FINX created a system that enables users to do most of their main Web3 activities all on one platform.

On top of that, FINX is also offering a Virtual Global Card in their FinPay app which enables crypto holders to make instant payments in their local currencies, wherever they may be.

22–23 JUL 2022 — FINX participated in our first ever Blockchain Expo and had the opportunity to interact with fans as well as other collaborators in the Blockchain and Web3 sphere.

The FINX booth was set up specifically to showcase our evolving DeFi ecosystem as well as to introduce our Genesis NFT — Xyrica that is meant to launch before the end of 2022.

FINSWAP is a platform powered by the $FINX token that provides its users with the ability of farming, staking, and liquidity mining; which in return increases the application for the $FINX token and provides more value to all $FINX holders.

Built on BSC (Binance Smart Chain), the FINSWAP provides lower transaction fees, allowing users to trade without losing as much in the process. Not only that, but it also utilises the Proof of Staked Authority (PoSA) consensus for adopting a high-speed infrastructure.

FINSWAP’s core is liquidity mining which primarily focuses on providing liquidity to the DeFi protocol. In this investment process, users will provide their crypto-assets (trading pairs like ETH/USDT) into the liquidity pool of DeFi protocols for crypto trading.